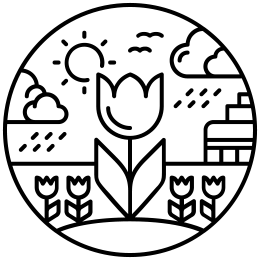 Three dance works in one evening

The Triple Bill takes you on a trip around the world. It’s an evening of captivating contemporary dance choreographies by three of today’s most talked about choreographers.

Dust by British Akram Kham deals with women’s relationships with their loved ones who were sent to the front during World War I. Fei Bo is a Chinese new generation choreographer whose work Earthborn showcases two different points of view, a man’s and a woman’s, which represent the modern and the primitive civilisation. The dynamic Heatscape by award-winning American choreographer Justin Peck has been inspired by the arts district of Miami.

We recommend the performances to visitors over the age of 7.

Justin Peck’s choreography Heatscape has been inspired by the vibrant Wynwood Arts District and its life-sized murals. The production fills the stage with dazzling geometric patterns and young, romantic energy.

Peck’s fast-paced choreography and visual artist Shepard Fairey’s stunning street art come together in a multi-layered experience. The production invites the audience to take note of everything from movement to music, street art and emotions. The choreography for 17 dancers brims with energy, released through explosive movements and the evolution and unravelling of complex patterns.

As his score, Peck has chosen the first concerto for piano and orchestra by the Czech early 20th century composer Bohuslav Martinů. The music wraps the performance into a myriad different melodies and atmospheres, closely followed by Peck in his choreography.

Justin Peck has worked as a choreographer since 2009, and as Resident Choreographer at the New York City Ballet since 2014. Despite his young age, the 32-year-old Peck has created more than 40 dance works, which have been performed at the Paris Opera Ballet, the Dutch National Ballet, San Francisco Ballet, Miami City Ballet, Houston Ballet, and Joffrey Ballet, to name a few.

The captivating Heatscape had its world premiere at Miami City Ballet in 2015, and its European premiere took place at Dresden Semperoper Ballet.

A dialogue between indigenous peoples and global contemporary dance

The latest choreography by Fei Bo has been inspired by indigenous peoples and their close connection to nature and their native lands. Their existence forges fascinating contrasts with their environment. Their strong will to live in an extremely cold climate and the brightly coloured traditional costumes against the white snow are like small flames amidst grey ice. When such energy collides with nature, the land blossoms with new life.

Fei Bo is a rising star of Asian contemporary dance. His choreographies have been widely noticed both Asia and Europe. His choreographies combine Chinese traditions and Eastern perspectives to Western forms of art, giving rise to interesting dialogue between different artistic genres and cultures. In the world premiere at the Finnish National Ballet, Chinese composer Alan Qin brings in live music performed by two Sámi musicians, Duo Vildá. Fei Bo doesn’t want to draw lines between different cultures. Instead, he sees dance as a fusion that, in today’s globalised world, can incorporate a wide variety of cultural elements.

Fei Bo has his roots in a Chinese opera family, and he studied traditional Chinese dance as a child. He started making his own choreographies at the age of 16, while studying contemporary dance at the Beijing Dance Academy. After graduating in 2002 he has worked as Resident Choreographer at the National Ballet of China.

Fei Bo’s collaboration with, for example, Akram Khan and Tamara Rojo, has brought him international critical acclaim. He has won several choreographer competitions, including the choreography awards of the Helsinki International Ballet competition in 2005 and 2012.

Memories of war from the home front

Akram Khan’s dance work Dust was born to commemorate the end of World War I. It’s a choreography full of pain and strength. The pounding music and the ambient lighting transport the audience to the home front right from the beginning of the performance.

The impetus for the work was an interview with a soldier and a song found by composer Jocelyn Pook, recorded during the war. The haunting recording, made only a few weeks before the soldier’s death, became a part of Khan’s soundscape.

Akram Khan was born to Bangladeshi parents in London. In many of his works, he combines the movement language of contemporary dance and traditional Bengali kathak dance, which he already performed as a child in The Jungle Book and Mahabharata. Akram Khan’s choreographies have been performed by his own dance group and many other contemporary dance companies everywhere from the opening ceremony of the London Olympics to Kylie Minogue concerts.

Dust is the third collaborative work by Akram Khan and composer Jocelyn Pook. It’s Khan’s first choreography specifically for ballet dancers. Following Dust, Khan’s projects have included an immensely successful version of Giselle. Sacred Monsters, a duet by Khan and Sylvie Guillem, was performed at the Finnish National Opera and Ballet in 2010.

Guaranteed seats with a season ticket

Experience the dual nature of the mind

A season ticket to remember

A season ticket guarantees you a seat for all our premieres, which amount to 7 in the 2020–21 season. Two of these include more than one work, so your season ticket gives you access to a total of 10 memorable productions. You will also enjoy a dedicated seat in the auditorium and a dozen more substantial benefits.