A new perspective on a classic

A new perspective on a classic

Kasper Holten has an original, clear and justified vision of what The Flying Dutchman is ultimately about. What is traditionally seen as the key theme of the work is the faithful love of the main female character, Senta, which releases the Dutchman from his curse of sailing around the world forever. Holten introduces a new twist. 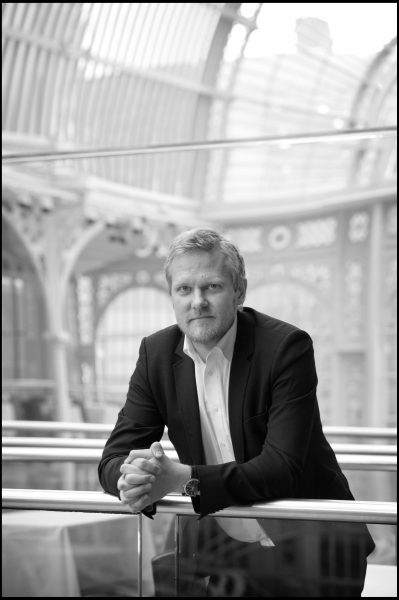 “The history of opera is full of works where a woman must die for a man to be free,” says Holten.

“However, our perception of the roles of men and women today are very different. My point in The Flying Dutchman is to ask who Senta really is and what drives her. Her character is not just about self-sacrifice.”

Rather than altering the substance of Wagner’s work, Holten aims to discover what Wagner was all about: why was the composer interested in this story in particular?

“The notion of finding peace and everlasting love was one that Wagner was poignantly familiar with, as he himself spent his whole life travelling and never really found a place to settle down. His soul and his way of life made him enemies wherever he went; they also prompted him always to find a new woman and then to break up with her. Even fame brought him no comfort – his artistic talent was also a curse. I feel that Wagner’s own quest is particularly well expressed in this work,” says Holten.

The libretto of The Flying Dutchman is full of things about the sea, storms and ships. None of these are seen in this production, although there are subtle hints to these elements. Here, the title character is a famous Dutch artist who travels around the world.

“If you look closely at the work, you find that the storm may also be a metaphor for artistic inspiration,” says Holten. “When the creative mind begins to run, everything else is forgotten – life and family. We all know how an artist can behave when struck by inspiration.”

Holten identifies another level of meaning in the ocean: “We all live in a storm every day: in an unceasing flow of travel, airports, wireless Internet, information. It makes our soul vibrate in tune with the world, but sometimes enough is enough. How can we continue to live in this tempest?”

“I want to know what the Dutchman has to say to us in particular,” he says.

The Flying Dutchman will return to the repertoire on 14 September 2018.