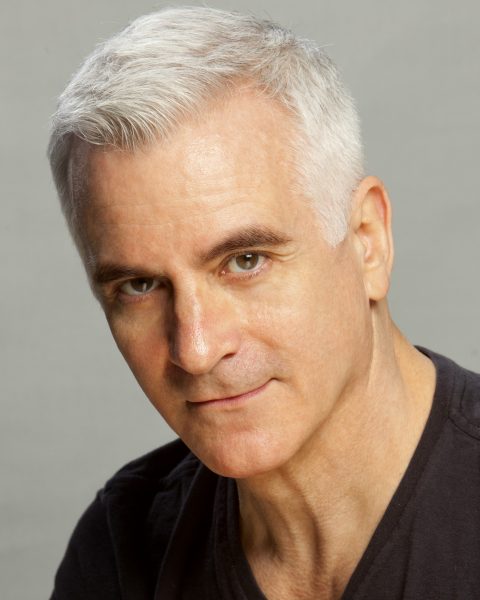 Why and how did you become a choreographer?
Originally, I studied music and theatre and didn’t start studying dance until I was around 20. I got involved with dance when a touring dance company offered dance classes for theatre students at Washington State University. The ballet instructor told me I had a natural talent and encouraged me to pursue further studies. I applied for admission to the San Francisco Ballet School and was accepted immediately, with a full scholarship.
I joined the San Francisco Ballet in 1973 and, in 1979, started creating my own choreography because part of my focus was on becoming a choreographer. Initially, I worked with small groups at educational institutions. I combined my studies in music, theatre, direction and lighting design in my choreography.
Many choreographers and their works inspire me. One of the first important influences was Maurice Béjart because I was so impressed by the way he incorporated theatrical elements into dance. The repertoire of San Francisco Ballet was also very diverse, which gave me the opportunity to perform in the works of many leading choreographers.

Lady of the Camellias premiered in 1994 and since then it’s been part of the repertoire of many ballet companies. How did this classic work of yours come into being?
Its birth was just as dramatic as the work itself. I had no intention of turning it into ballet. Ballet Florida had commissioned it from choreographer Norbert Vesak and costume designer Robert de la Rose in 1990. They had already finished the manuscript, selected the music, and even designed the costumes.
Sadly, Vesak died of a brain aneurysm on his return flight from New York where he gone to buy fabrics for those costumes. Ironically, I had been onboard the same New York flight as Vesak and de la Rose. The idea was shelved until de la Rose contacted me a few years after Vesak’s passing asking whether I would be interested in moving forward with the choreography. I agreed as this represented both a great opportunity and a challenge at the same time. Much of the pre-planning had already been done, but my approach to the new work was quite different from Vesak’s. I wanted to both pay homage to Vesak, who also was one of my first teachers, and at the same time I wanted to incorporate my own vision. I rearranged the score and the narrative. The end of the work, in particular, differs from the original manuscript and all the choreography is my own.
I was heavily influenced by the 1936 movie Camille, starring Greta Garbo and Robert Taylor, as well as the novel by Alexandre Dumas, fils, La Dame aux Camélias.

Where do you start when creating a new ballet? Are you inspired by a text, visual idea or a piece of music?
All of my creations are inspired differently. My inspirations come from the music, text, politics, literature, or the media among others. For me, it’s usually most natural to start with the music. The most difficult situation is when I have an idea for a new work but can’t find the right music for it. For example, I spent 15 years looking for music for my work The Lottery, based on the short story by Shirley Jackson. Ballet West in Salt Lake City solved that problem by offering to have a commissioned score created by composer Robert Moran. The Lottery had its premiere in 2012.

What’s the dancers’ role in the choreographic process?
Whether it’s a question of a new or existing work, I see the dancers as collaborators much in the same way that the designers, dramaturges, composers or anyone else are involved in the creative process. As a dancer myself, I didn’t like it when the choreographer didn’t involve the dancers in the process. I find that when the performers have a voice, they tend to take ownership of the work, which results in a better and more honest creation. I also find it important that they are challenged, grow and develop through my works.
My ballets evolve and grow each time they are performed by different companies over the years. It’s just natural for this to happen. When in Finland, I will involve the dancers in the process, and I’m already planning some changes to the choreography. In my opinion, editing and rethinking choreography are indispensable to retain its vitality. Even Balanchine changed his masterpieces throughout his life.

Do you think of the audience when creating your works?
I want the audience to enjoy my works, and I’ve noticed how differently people respond to them in different parts of the world. It’s clearly culture-related, but it’s not always possible to foresee it. Last year Hong Kong Ballet took Lady of the Camellias into its repertoire and I was told beforehand that the local audience is very composed in its responses. But actually, my experience was that the audience displayed their emotions quite openly. When it’s all said and done, it’s impossible to please everyone. You have to therefore stay true to yourself.

What’s this ballet all about?
Lady of the Camellias is a retelling of the novel through my vision. It’s an opportunity to make the novel into a two-dimensional experience for the audience. The story is timeless and has been told through various films, Camille and Moulin Rouge as well as an Opera, La Traviata and various versions through dance.
The audience can settle into their seats and for a brief time, be immersed in this emotionally charged work that deals with love, betrayal and death. As in Romeo and Juliet or Swan Lake, the meaning and message delivered by this work is universally vital and timeless.

What dramatic devices do you employ in telling a story?
A choreographer rarely uses text or speech, so he or she needs to find other ways of expressing emotions and depicting human relationships. The story and emotions must be conveyed primarily through movement, stillness, facial expressions and focus of the eyes. If you don’t feel empathy towards the characters or believe in them, you will lose the audience. There are also various new technologies in film or the use of soundscapes that also help now in telling a story and I’m starting to employ these in my current works.