WORKING AT THE ARTS FACTORY

Who are you and what do you do?

I’m Petteri Iivonen, the 1st Leader of the Orchestra of the Finnish National Opera and Ballet. I play first violin as well as the violin solos in opera and ballet scores. My tasks also include tuning the orchestra and acting as the conductor’s substitute when needed. In opera, for example, the conductor is sometimes only leading the singers, and the leader shows when to start playing and how to articulate a certain musical phrase. We have a total of five leaders in the Orchestra of the FNOB. 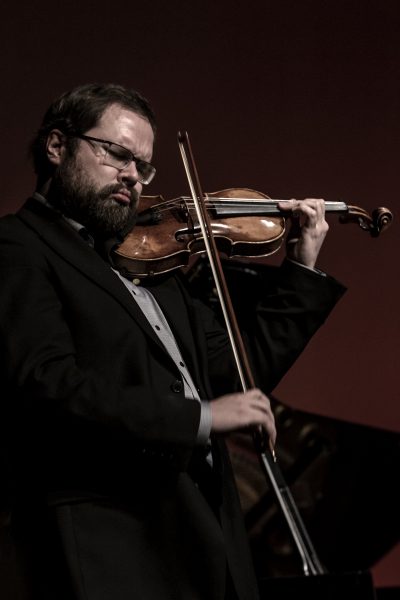 How did you become a violinist?

I started playing the violin when I was four, as my mother wanted me to. My first memory to do with playing is from a violin competition in which I participated at the age of 6. I got a bit mixed up with the pieces I was playing and I panicked. As a child I practiced a lot and very determinedly. With my first teacher we used to compete on who can play études and scales faster, that was fun. Later on I’ve found all my friends from music circles. I’ve never considered stopping playing.

When I was 19 I left home to study, first to the United States and then to Israel. I spent ten years playing around the world, always as a visiting soloist for different orchestras. This included performing the Sibelius Violin Concerto 107 times. Nowhere else is Sibelius played with the same passion as in Finland.

How did you end up working for the Finnish National Opera and Ballet?

This is the first job I ever applied for. I got the job as a result of a tragedy, though. The long term leader of the Orchestra of the FNOB, Ollitapio Lehtinen, was my best friend’s father. We had sometimes joked that I’ll follow in his footsteps one day. Ollitapio died unexpectedly in December 2016.

When the audition for the position was approaching, the musicians started to call me up, asking me to take part. The orchestra was already familiar to me, as in 2006 and 2007 I would play here as a freelancer several times a week. That’s made participating in the audition an easy decision. I started in the job in autumn 2017.

How does playing in an orchestra differ from playing as a soloist?

As a soloist you can always play at full blast and interpret the rhythm and tempo as you like. In an orchestra you must be in sync and in tune not only with the other 12 first violinists but also the entire group of about one hundred musicians. Thankfully it’s also my job to play the violin solos. Whenever one’s coming up, it’s as if a flame lights up inside me and I know exactly what to do.

It’s also more peaceful and chilled being in the orchestra pit than, say, performing with a symphony orchestra. The orchestra is rarely the sole centre of attention in opera and ballet, as the audience focuses on what’s happening onstage. That means it’s okay, for example, to share some urgent information with a colleague during the performance.

Every day is different, but practicing independently is a constant. Usually my work days are divided in two parts. In the morning there may be a rehearsal for a certain opera and in the evening a ballet performance, or then I practice on my own in the morning and have an opera rehearsal in the evening. As a principal, I work reduced hours, so I don’t play in every rehearsal, but I often attend the rehearsals I’m not a part of. That’s where I notice details that would work better played differently. In the practice period you still have time to make changes, but once the performances start, you must let them go.

In opera, for example, the conductor is sometimes only leading the singers, and the leader shows when to start playing and how to articulate a certain musical phrase.

What characteristics do you need in your job?

You must have the necessary music skills to play the solos and determine how the orchestra should play. The leaders have the second most power over the music in an orchestra, after the conductor. That means, for example, deciding the bowings as well as the intonation and articulation the orchestra aims for.

You also need to be a people person, as the leader helps maintain diplomatic relations between the orchestra. When the conductor is away, the leader may lead the rehearsal, and it’s even normal to comment on the conductor’s views at a rehearsal. You must, however, be very sensitive to which details you can interfere with and which ones you can’t. I personally don’t really like interrupting rehearsals, as the schedules are always tight. 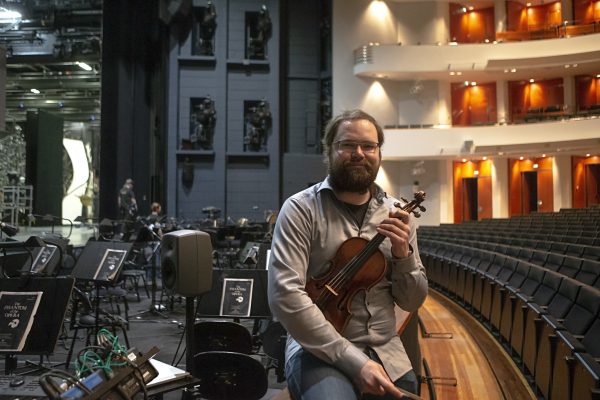 I like to perform, and it’s nice to be able to do that several times a week. I also have truly fine colleagues. Thanks to this job, my life is much richer than before. Even though I could travel around the world and performing in the most amazing concert halls as a soloist, the work was lonely work. I’d get to know each orchestra a little and then I’d move on, on my own, one year after the next. Even a lone wolf like me feels the need to belong with others.

What if you make a mistake in the performance?

It doesn’t feel good to screw up, but you get over the shame. What matters is catching up with the flow of the music again. Even screwing up is easier in a group. The rest of the first violin section is my safety net, which I didn’t have as a soloist. Others will carry the music forward if I don’t.

Thanks to this job, my life is much richer than before. Even though I could travel around the world and performing in the most amazing concert halls as a soloist, the work was lonely work.

What happens after a performance?

It would be great to go to a nearby bar for a beer to celebrate and go over the performance with my colleagues, but usually I drive home immediately. I’m in charge of the family farm in Vesilahti, near Tampere. Once the applause ends, I start the car and hit the road for my 100-plus-mile journey home.

What’s in your violin case?

During the years I’ve had such a wide variety of talismans in my violin case, often given to me as gifts. I’ve had to take some of them out, as these days I leave my case open for prying eyes. My first violin teacher used to practice taxidermy as a hobby, and he once gave me a stuffed mouse. At the moment, besides my instrument and anything related, I think there’s a pocket watch, cufflinks, tokens and business cards from around the world.

Are you able to take your mind off work in your free time?

Yes I can, and I do so with a clear conscience these days. During the summer holidays I take a one-month break in playing. If I have a weekend off, I might leave the violin in the Opera House.

I enjoy working at my farm. Though there’s no animals to care for and even the fields have been rented out, the big house requires a lot of maintenance. My other hobbies include hunting, fishing and aerobatics. Next summer I plan to spend my month off practicing that. It makes me forget everything else.

Working at the Arts Factory